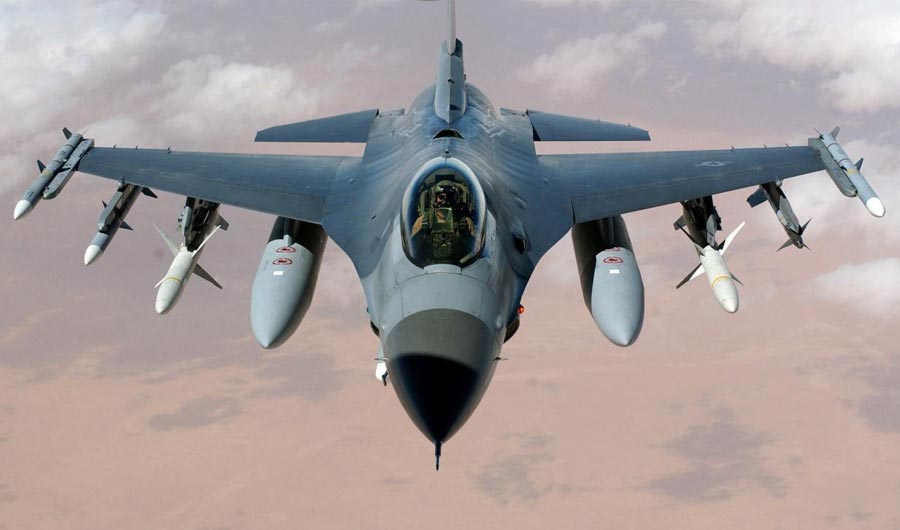 Lockheed Martin will host a ceremony April 23 to celebrate completion of a new line that will bring production of the latest F-16 Fighting Falcon to Greenville.

Lockheed Martin announced in June that it had received a $1.2 billion contract from the U.S. government to produce 16 F-16 Block 70 aircraft for the Royal Bahraini Air Force.

The contract award represents the first F-16 Block 70 sale and the first F-16 production program to be performed in Greenville. The company announced plans in 2017 to move the production line from Fort Worth, Texas, according to a news release.

Bahrain was the first customer to procure the F-16 Block 70, the newest and most advanced F-16 production configuration, Lockheed Martin spokeswoman Leslie Farmer confirmed last year. The project will create 150 new jobs in Greenville, according to Lockheed Martin. Since then, Slovakia has announced its intention to use the F-16 in its air force; the number of units has not been announced.

Farmer said Lockheed Martin would refurbish an existing hangar so that production can begin in the fall. Production will not create a new web of local suppliers, at least not immediately, because the supplier base used to support F-16 production in Fort Worth will supply Greenville production.

“However, additional supplier opportunities will continually be evaluated as needed for subsequent production contracts,” she said.

Don Erickson, who has since retired as site director, said previously that the first Block 70 is scheduled for completion in the first quarter of 2021, and then another will be completed each month for the 15 months that follow.

The company has operated a 16-hangar facility at the S.C. Technology and Aviation Center in Greenville County, where it has provided maintenance and modification services for more than 30 years.

To date, 4,604 F-16s have been purchased by 28 customers around the world, according to Lockheed Martin. Approximately 3,000 operational F-16s are flying today with 25 air forces, including the U.S. Air Force, according to the news release.

The aircraft’s Automatic Ground Collision Avoidance System was built to prevent deadly crashes and has already saved the lives of seven pilots and six F-16s since the system entered service with the Air Force in 2014, according to the Lockheed Martin website. These incidents, called “controlled flights into terrain” by the Air Force, account for 26% of aircraft losses and 75% of all F-16 pilot fatalities, according to Lockheed Martin.

The history of the F-16 goes back to the mid-1970s, according to Code One magazine, when the first prototypes were developed into a production series originally intended as a lightweight air-to-air daytime fighter. Most of the changes over the years are made in groups, or blocks. A more versatile F-16 was put on worldwide display during Operation Desert Storm in 1991, according to Lockheed Martin, when more missions were undertaken by the F-16 than any other aircraft.