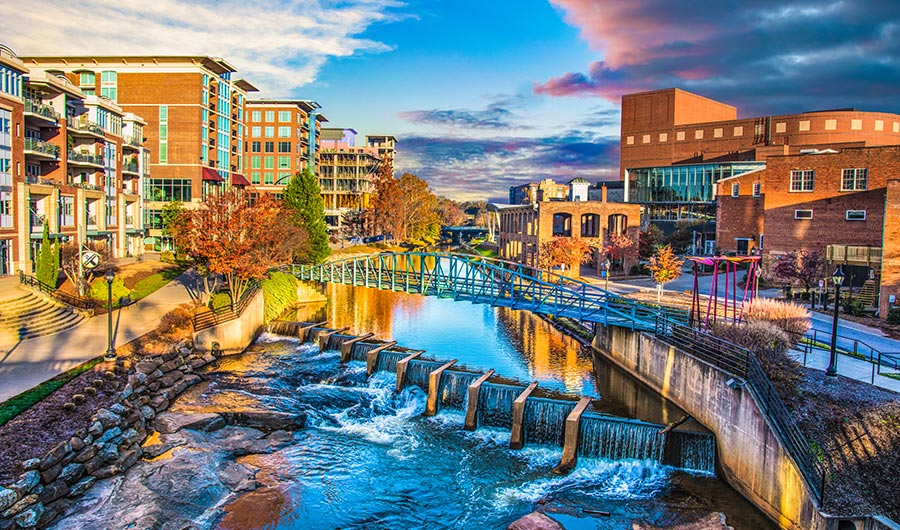 They came from China, Scotland, the Netherlands and Japan.  The key decisions were made in board rooms from Minnesota to Miami, and many points in between.

They serve industries from agriculture to aerospace, and from automotive to education.  They represent leading brands in engineering, financial services and packaging, and are acclaimed for excellence in customer service and for being on the bleeding edge of the Internet of Things.

They’re global and well-known, like 3M and Kimura.  Smaller and less known, like The Poster Sale and docs24.  And home grown, like T&S Brass, born here in Travelers Rest some 40 years ago.

Now, with the sun having set on the final day of 2019 and with the earliest days of 2020 having dawned, they also claim a single distinctive characteristic that they all have in common.

Assisted by the GADC, these 30 organizations – each holding a place among America’s and the world’s best in their areas of specialty — have chosen to locate to or expand in Greenville County, South Carolina.

The Greenville Area Development Corporation (GADC), charged with promoting and enhancing quality of life in Greenville County by facilitating job growth and investment, today announced “one of Greenville County’s strongest and most rewarding years ever in terms of economic development,” stated Mark Farris, President and CEO of the GADC.

“Early in 2019 we were concerned about a slowdown, but it’s frankly been a tremendous year for Greenville County by virtually any metric we monitor,” said Mr. Farris in announcing the 2019 results.  “We’ve seen announced capital investment of $401.8 million, which greatly adds to our community’s economic vitality, diversity and tax base.  We’ve announced 2,178 new high-paying jobs, with mean wages well above both County and South Carolina averages. Each of those metrics ranks 2019 as among our three best years ever on record.”

“The industries are diverse, with 17 of our newly located or local expansion projects being in our core manufacturing industries, while 13 others are in IT, office, headquarters, sales or distribution/logistics,” he added.  “That diversity and balance is essential to developing and maintaining a varied economy that is robust and multi-faceted, and which can better withstand the inevitable economic dips and surges that today’s global economies must face.  And the fact that 20 of the 30 announcements came in the GADC’s defined target industries indicates that we continue to put the right emphasis and resources against key verticals of highest potential.”

Mr. Farris also noted that Greenville County’s emphasis on ensuring a robust and pro-business environment continued to pay off during 2019 with 20 of the year’s 30 announcements being expansions of existing industry.  The 30 total announcements are the county’s second most in any single year, surpassed only by 2016’s 31 announcements.

“We can be confident that our community is doing the right things when we find existing industry deciding to invest limited and precious resources in expanding here in Greenville County,” said Mr. Farris.  “The decision on where to place those investments and where to expand is incredibly competitive nationally and globally, and there is no stronger endorsement of a community being business friendly than winning more than our fair share of such expansions right here in Greenville.”

In addition to the strength in manufacturing growth and investment, Mr. Farris also cited the increasingly strong growth in office announcements — including such industries as financial services, engineering, R&D and customer care centers – as well as the surging information technology, healthcare and biosciences verticals.  He saluted the community commitment to nurturing start-ups and an entrepreneurial ecosystem, expanding emphasis on STEM education, and noted Greenville County continues to attract widespread attention for its smart growth, productive workforce and affordability.

“Success like this is only achieved with the full support and leadership from many parties, ranging from Greenville County Council and the county’s tremendous staff, to the cities and municipalities which we work in tandem with, to the many members of the GADC Investor base and the private sector who play key roles in producing these results,” Mr. Farris noted.

He also stressed the importance of securing $1.1 million in grant funds to help facilitate positive decisions on the 30 projects announced in 2019.  Those grants, from such organizations as the SC Department of Commerce, the State of South Carolina, Duke Energy and Piedmont Natural Gas are used to mitigate costs in such areas as infrastructure development, site preparation and engineering, and often are critical to final decisions being made in favor of Greenville County over other competing communities.